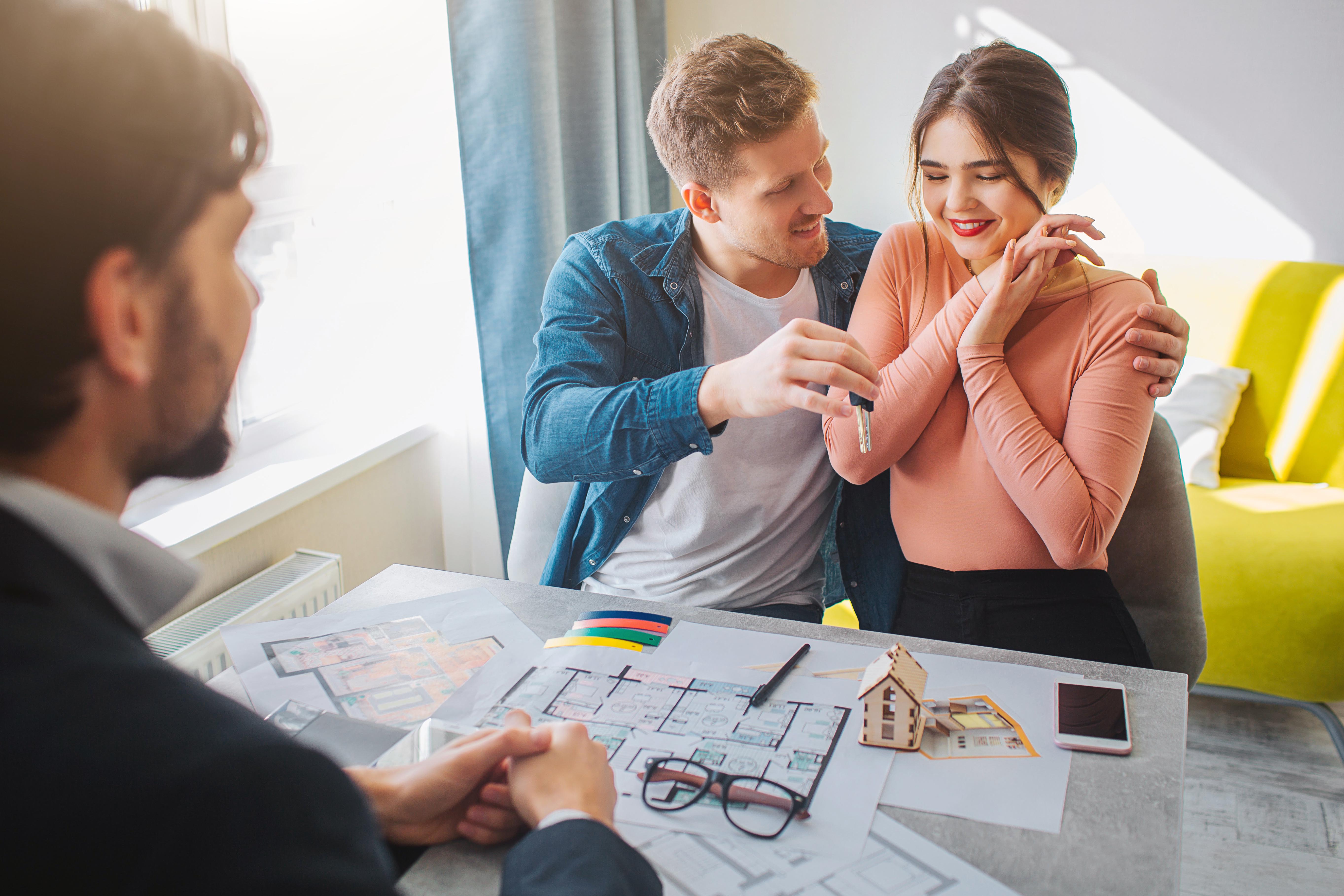 A shorter, shallower property price downturn could be on the cards on the back of the Coalition’s victory at the polls, experts say.

Following months of uncertainty about the impact of tax changes, which had led to greater wariness in the cooling market, experts are revising their views on property prices, market activity and first-home buyers.

“It’s pretty clear to us that the bottom [of the market] is just around the corner,” Commonwealth Bank senior economist Gareth Aird said.

With reforms to negative gearing and the capital gains tax off the table, a likely interest rate cut on the horizon and a scheme to encourage first-home buyer activity, it was reasonable to think prices would not fall much further.”

He expected prices to bottom out late this year but noted it would not be a sharp recovery due to tighter lending standards.

Regardless of the outcome, market activity was always likely to pick up post-election as buyers and sellers would have more certainty on housing policy.

We are now expecting a more gradual pick-up in prices, with both first-home buyers and investors to drive market activity on the back of the Coalition’s policies.

Domain economist Trent Wiltshire said “Sellers will respond to buyer interest and there might be a few people who were thinking about selling who have held off [until now].”

Well-attended auctions are a positive sign of buyer interest. Ray White Chairman, Brian White, said, “buyers and sellers would be relieved to know where they stood now the election was over.

[In the lead-up] people were saying ‘let’s sit on our hands and just wait and see what’s happens’. That waiting is finished and I think there’s a big chance that confidence will get a nice boost, as we’ve seen already in the stock markets.”

While he is not expecting to see a rush to market, he believes there will be a boost from buyers and sellers who had been waiting on the sidelines.

“I’m confident the market will now improve, because of the stronger [market] curiosity exhibited by the community, which has been reflected by increased auction attendances,” Mr White said.

“People are all wanting to know what’s coming … I believe we’ll look back and sees this period as the bottom of the market.”

McGrath chief executive, Geoff Lucas, agreed the government’s win would inject confidence and clarity back into the market.

The changes aimed at improving housing affordability will not go ahead under the Morrison government. Instead, first-home buyers will have access to a loan scheme — also backed by Labour — enabling them to purchase property with a 5 per cent deposit.

AMP Capital Chief Economist, Shane Oliver, expects the policy will bring forward some first-home buyer activity, but that its impact will be limited as it is capped at 10,000 loans a year and requires a higher debt-to-income ratio.

He expects the government will morph the scheme into a grant, which could provide more of a stimulus to the lower end of the market.

While he would not advocate for grants in a booming market as they could further drive up prices, Dr Oliver said it could help in a cooling market when there was concern about the wider impact a downturn could have on the economy.

Mr Wiltshire expected the scheme would have a small but not-insignificant impact and encourage some first-home buyers to get into the market earlier.

However, he noted a Coalition government also meant first-home buyers would not benefit from improved affordability off the back of cuts to negative gearing and the capital gains tax discount.

Andrew Mackenzie, Estate Sales Manager at Paramount Private Estate Baldivis, said that he was relieved that the federal election had resulted in a Coalition win.

“Although I’m not a politically vocal person, I know that both buyers and agents were worried about the election and what it might have meant for the property market.  It’s already been a tough few years for WA and it would have been terrible to see a further decline in prices.

However, since the election, what we are seeing instead is some real positive sentiment from homebuyers, builders and the property market in general.  Although first home buyers have been worried about affordability for some time, the Perth market is currently seeing some excellent examples of housing affordability.

The first land release at Paramount represents amazing value for homebuyers at $172,000 for a bigger, elevated 450sqm block, with views to the hills. Plus, as part of an overarching, masterplan community, it will include its own primary school, shops, public open spaces and aged care facility.”

Mr Mackenzie also said that Spatial Property Group had ensured that the pricing at Paramount Private Estate Baldivis was not only very competitive, but it also offered homebuyers terrific value for money. On top of the excellent pricing, Paramount will also provide homebuyers with fencing and landscaping bonuses, so they can get into their new home quicker! 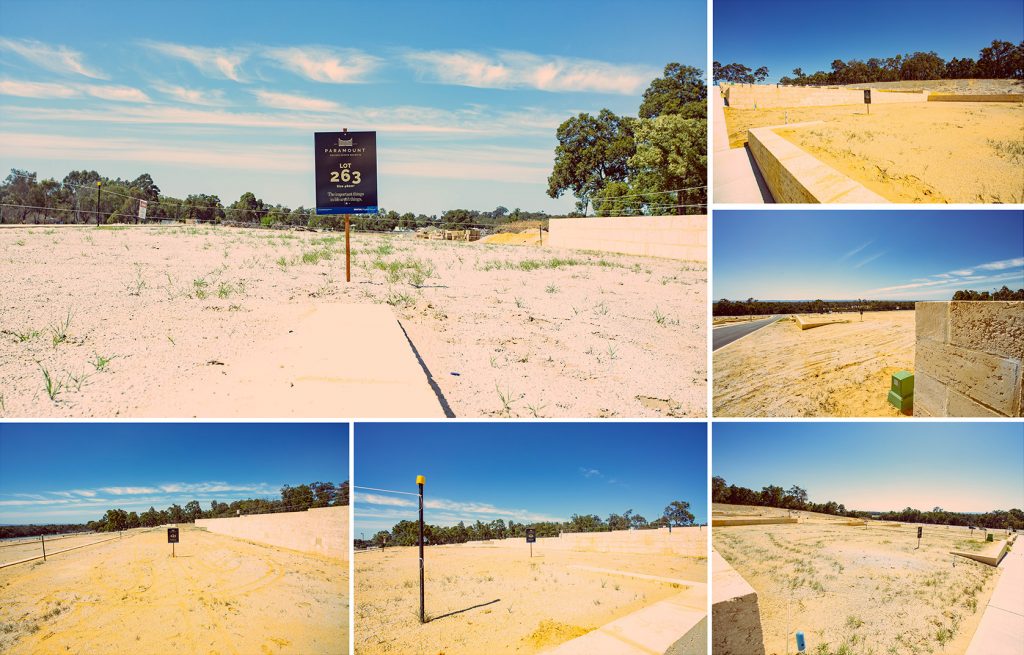 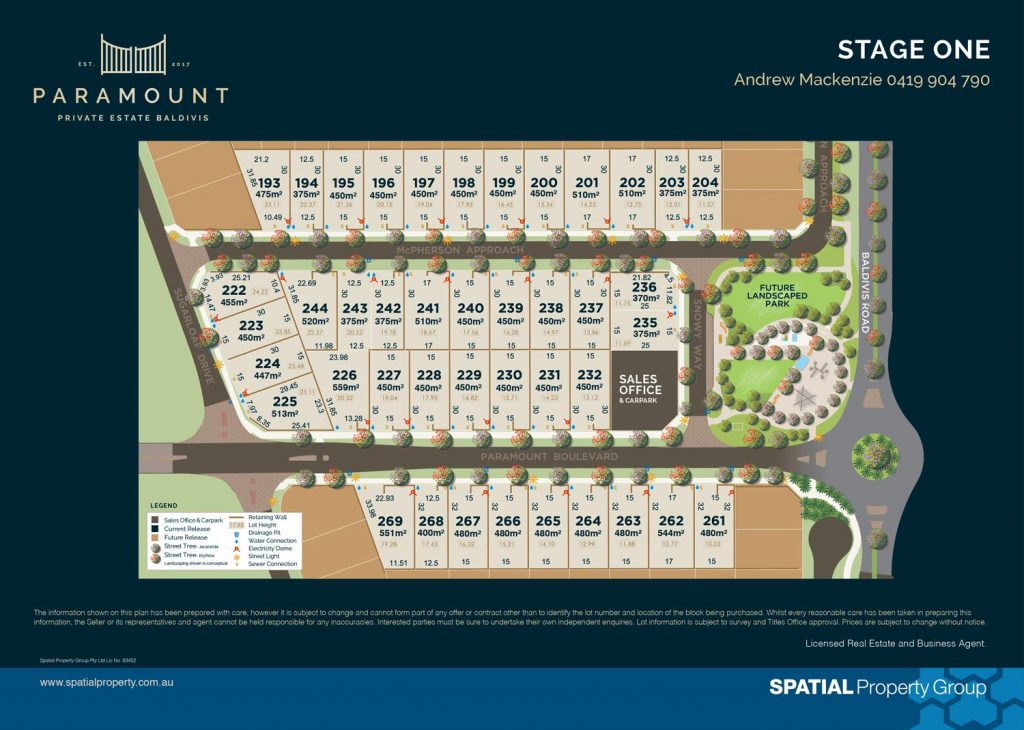 THE BEST TIME TO BUY IS NOW BEFORE PRICE RISES NEXT YEAR OR SOONER!

Paramount Private Estate Baldivis offers 450sqm premium, elevated, family-sized blocks with views starting from as little as $172,000!  This is amazingly affordable, no wonder we’ve now sold over 25% of Stage 1!

Contact Andrew Mackenzie, our friendly Estate Sales Manager on 0419 904 790 or andrew@spatialproperty.com.aubefore they’re all sold out! 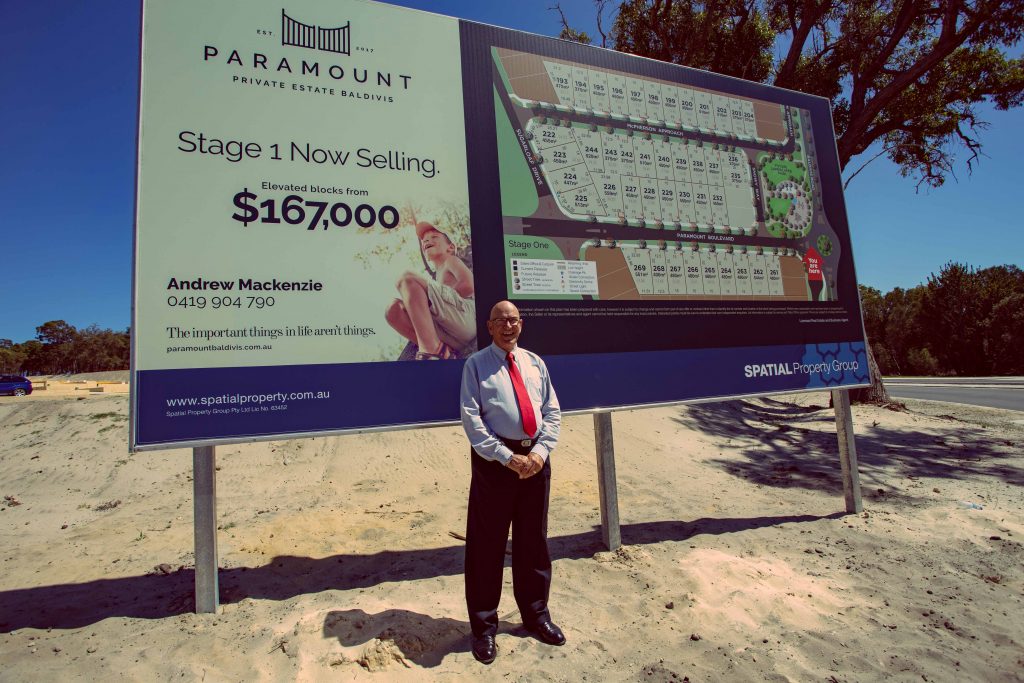